‘Be calm like a lake, then you look as beautiful as that calm lake.’ This has rightly described the tenacity and valor of lakes that add to the beautiful aura around the world. The world’s longest lakes attract foreign tourists and act as a source of revenue as it is the bedrock of the freshwater ecosystems and has been the backbone of the world economy. The rich flora and fauna that finds its home here has been eye-catching and attention grabbing.

The Best & Longest Lakes Around The World Are ‘Flowing’ As Below

Lake Michigan is a part of the many Great Lakes found in North America and has found its home in the United States. It is 494 km long and is 190 km wide. The lake has more than 2,575 km of shoreline. The average depth of the lake is 85 m, and the lake has been the seat of tourism.

The lake is found between Michigan in the US and by Ontario in. Lake Huron is 331 km long and 295 km wide while the deepest point is 229 m, and its average depth of is nearly 69 m. Huron Lake is the home of Manitoulin Island which is considered to be the largest ‘Lake Island’ in the world.

Lake Victoria is Africa’s largest lake and is considered as the world’s largest tropical lake, and is the second largest freshwater lake. The average depth of the lake is 40 m and the maximum depth of 84 m.

Lake Superior is the world’s largest freshwater lake by area and qualifies as the 3rd largest water body regarding volume. It is the most important amongst all of the North American Great Lakes and has a total surface area of nearly 82500 Sq.K. Lake Superior is about 563 km long, 257 km wide and is considered the most valuable asset of the world.

It is said that the little lake you love is the biggest ocean for you. Why would this not amount to the truth when essentially, water is our savior, and the lakes of the world construct the entire working system without which everything would come to a perpetual standstill. 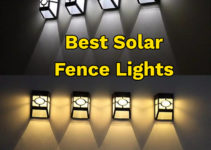